Almost everyone accepts without question that U.S. refiners encountered the so-called blend wall – defined as blending ethanol into gasoline at or above 10 percent – in 2013, when RIN prices began to rise. The oil refiners, their allies in Congress and even the EPA have all proposed to change the RFS in order to address the blend wall. But the conventional wisdom is demonstrably wrong. Data recently released by EPA refutes the widely held assumption that reaching and exceeding the blend wall caused the 2013 rise in RIN prices. This newly available data calls for a thorough reconsideration of the proposed solutions.

A seminal 2012 paper from researchers at the Food and Agricultural Policy Research Institute (FAPRI) at the University of Missouri advanced the theory that RIN prices would rise sharply when the RFS forced fuel refiners over the blend wall. According to this relatively straightforward economic theory, the blend wall would cause a shortage in available RINS because refiners could not put more than 10 percent ethanol into gasoline; the shortage would in turn cause RIN prices to rise. The authors sought to understand why RIN prices failed to rise in 2012, given estimated constraints on biofuel supplies in comparison to RFS requirements that year. The question is an important one that remains unexplained. Moreover, the authors made a key observation that proposed strategies to avoid the blend wall – such as delaying its arrival through reliance on a RIN bank – could not work for more than a few short years.

Now, data recently released by EPA includes obligated parties’ reported fuel use and use of RINs to satisfy annual obligations from 2010 through 2013 (the latest year for which refiners have fully demonstrated annual compliance). The numbers indicate that obligated parties reached the blend wall as early as 2010 and definitely breached it by 2012. The explanation is simple and often overlooked in economic analyses of the RFS program: small refiners and small refineries (even those owned by large refiners) were exempt from the RFS through 2012. The remaining obligated refineries were nevertheless able to blend ethanol into the obligated volumes of gasoline at a rate exceeding 10 percent or to obtain needed RINs at low cost. Moreover, the data reveals that despite having reached the blend wall by 2010, obligated parties continued to accumulate excess RINs to carry over for future compliance years.

The petroleum industry is currently working Capitol Hill, trying to win last minute passage of the Flores-Welch bill, which would cap the RFS below 10 percent of gasoline volumes. This cap is demonstrably unnecessary – obligated parties were able to exceed the blend wall as early as 2010. The petroleum refining industry is also working Capitol Hill, trying to get a brand new exemption from the RFS for themselves. Notably, the petroleum industry (represented by API) opposes this new exemption. Congress should reject both groups’ requests for special favors, primarily because they are aimed at solving a blend wall problem that doesn’t (and never did) exist.

Similarly, EPA should reconsider its proposed rule for the 2017 RFS volumes, which are due to be finalized by the end of November. EPA’s reinterpretation of the RFS program rules continues to undercut investment in the advanced biofuel industry. The agency’s program changes – especially its creation of a perpetual RIN bank – along with its two-year delay in issuing the 2014 and 2015 rules were based on the myth that the blend wall was the cause of high RIN prices. Moreover, the agency’s own delays obscured the fact that the blend wall was breached before 2013 without causing RIN shortages. EPA should work instead to get this vital program back on track and continue tearing down this fictional wall. 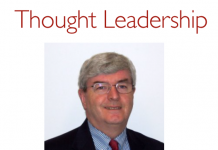 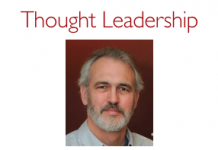 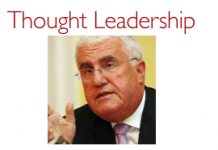 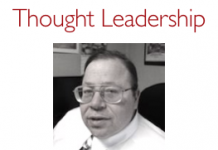 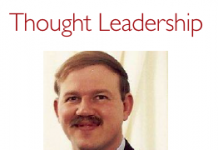 Nuutrition Rebecca Coons - January 31, 2023
0
In San Francisco, a cultivated seafood maker backed by A-listers has said it will launch sushi-grade salmon in restaurants before the year-end. Justin Kolbeck,...

Renewable Chemicals Rebecca Coons - January 31, 2023
0
In Switzerland, the beauty division of luxury brand owner LVMH has partnered with Dow, Inc. on recycled and biobased packaging for perfume and cosmetic...

ABOUT US
Nuu is the world's most widely-read daily on the advanced bioeconomy — covering advanced, sustainable fuels, chemicals, materials, nutrition, policy, R&D and more.
Contact us: contact@nuudigest.com
FOLLOW US
© © Nuu Media
MORE STORIES