In Florida, The Digest announced the official opening of voting for the 40 Hottest Emerging Companies in the Advanced Bioeconomy.

Voting will be open to all registered subscribers of The Digest and invited selectors; this year, votes may also be cast via Social Voting, which includes both Facebook voting and Instagram Photo Voting. Register as a voter here.

For the hot 40, voting will begin September 6th and continue through October 21st.

Official Selectors will receive their official Hot 40 ballots from The Digest during the week of September 7th, 2015 and must return them via email no later than 5pm ET, Friday, October 21st, 2016.

The photo must be an original creative work — substantially made for the competition — and must contain the name of the company you are voting for and the words “Hot 50” or “Hot 30”. Repetitive photos (e.g. a photo of every employee in the company, holding a “Hot 50” sign), will not be counted.  The Digest retains the right to reject any photo on the grounds of lack of originality — e.g. repetitive photos for the same company, images that are from the public domain simply with a “Hot 40” or “Hot 50” inserted. Images from the public domain can be used if they are used as a springboard for an original creative effort representing an original idea.

Announcement of Hot 40 results at ABLCNext in San Francisco – November 3, 2016 and gala event.

The Hot 40 rankings will be announced at ABLC-Next in San Francisco on November 3, 2015 at 6pm PT, and we will honor the companies, their suppliers, industrial partners, investors and team at the annual Hot Party in San Francisco.

Voters may not attempt to spam the ballot box through deceptive practices, nor may competing companies organize spam balloting efforts. The Digest reserves the right to reflect any ballot it deems to be the product of a spamming campaign — or to cancel all ballots from that voter, or remove a company from the competition — and such a determination will be made in the Digest’s sole discretion, and its decision is final.

Companies or individuals may exhort colleagues, friends or the general public to vote for a deserving company – campaigning for a ranking is not prohibited so long as the voting itself is fair and ethical. Voters are permitted to vote for companies they are personally, directly or indirectly, affiliated with. 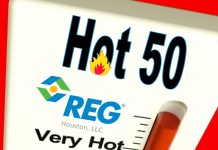 Voting opens for the 50 Hottest Companies in the Advanced Bioeconomy 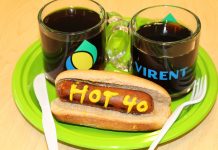 The Hot 40 and Hot 50 for 2016-17: Nominations open for annual Advanced Bioeconomy rankings

Nuutrition Rebecca Coons - August 10, 2020
0
In California, start-up Mission Barns is looking for 100 bacon lovers to do curbside taste tests of its lab-grown meat. The taste tests will be...