In Florida, the Digest and BioChannel.TV released “Sustainable Fuels on Troubled Waters”, the Inside True Story of the US Navy’s Great Green Fleet — a documentary profile on the US Navy’s success in driving down the costs of renewable fuel — up to and including the Rim of the Pacific (RIMPAC) 2016 exercises near Hawaii. The story can be accessed here.

The profile covers the origins of the Great Green Fleet, the struggle to contain dependence on imported oil, troubles in the EU, Asia and the Middle East. The rise of oil, the role of nuclear, energy conservation, and the strategic imperative of alternative fuels. A first refueling at sea using renewable fuels and involving a US ally (South Korea) forms the central part of the story.

The profile covers events in San Diego and Hawaii, and takes you into the helicopters and onto the ships, when sustainable fuel is deployed at scale for the first time as the Navy’s transitions to “A New Normal”.

Also appearing, the Navy’s Director for Operational Energy Chris Tindal, and the crews of the USS America, USS Chung-Hoon and RKOS Sejong the Great. 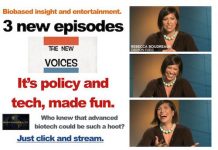 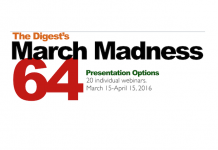 “Let’s Get Physical” sustainable activewear line is the 80s throwback we...