Home ABLC It depends: Heard on the Floor at ABLC Feedstocks

At this time in the story of the advanced bioeconomy, the questions from investors can be singularly testing and focused, and the answers can too often become some version of “it depends”.

Sometimes I wonder about the look of investors when they get that answer, and then I wonder if that’s how Depend, the adult diaper brand, got its name.

Happily, there was a great deal less “it depends” at ABLC Feedstocks 2016 which opened under steamy skies in Miami this week as Tropical Storm Colin passed by.

The headline from the event is that projects and feedstock providers are more engaged than we have seen previously — a wave of technology development that once took place with a “we’ll work out the feedstocks when we get there” seems to have been replaced by a more robust and early co-operation. Neither technologies built based on tailoring to a feedstock, nor technologies built in hopes that feedstocks would develop all by themselves, on time, on price target and on-spec.

Call it the New Realism.

Many crops are untapped

Dedicated new energy crops are a 2020 challenge and beyond, said Benson Hill Biosystems CEO Matt Crisp. A lot of the crops have not received the investment they deserve. Outside of the great work on corn and soybeans. many crops are untapped. We can use cloud biology to move the dial on the economics of these crops. Prior to this, the investment has not been there on the traits that you want.

Cloud biology the intersection of cloud computing, big data analytics and biology. A concept that’s well understood in the broader life sciences community, now moving into this sector. The genetics doesn’t have to be done by the Monsantos and the Pioneers. How this will empower you. CropOS – breed, edit, reveal – natural variation to novel variation. Crop OS amalgamates the computation and systems biology tools that enable the smaller company to compete. We look at photosynthesis at a systems level – it’s a very complex trait, Not guided by one gene or pathway. There are thousands of genes.

“How much value is in the entire value chain, going from stover in the field to all the products?” asked Sandy Marshall, chairman, Bioindustrial Innovation Canada. His question opened his description of the birth of the Sarnia (Ontario) project which ultimately has wrapped everything from corn stover producers on the front end to Comet Biorefining for cellulosic sugars in the middle, to application developers like BioAmber on the back end.

The bottom line he said, is there any money left over where there is money left over for investment? They concluded there was, and ultimately engaged with Comet Biorefining as the cellulosic sugars producer, after 19 providers were screened, samples from 8 were analyzed, 8 sites were visited and 4 providers selected for trials. It had to work without subsidies, Marshall said, and they needed a technology that was significantly advanced and with a cultural fit.

Importantly, BIC is re-inventing the old investment structure that was used to stand up an ethanol industry. 95% of producers said they were interested or committed to supply stover to Comet — the kicker is that they needed to invest in the cellulosic sugars project. Them, they would have a market for the stover,  and would be investors in the project as well as providing a commodity to Comet. If stover prices are high, they win that way; if sugar prices rise, they win that way. Ultimately 100-150 members will be in the co-op.

Reaching for a transformative bioeconomy through innovative partnership ad advanced technology that solves problems rather than simply creating new problems, that was also the theme when Barbara Bramble, board chair of the Roundtable of Sustainable Biomaterials took the stage. “Biofuels” she said, “we see them as neither good nor bad.  It all depends on how and where produced.”

Of course, there’s that dread “depends” again. But Bramble makes a good point.

Cover crops and residues: now, as asset to be managed

“I’m here not only for RSB but for the National Wildlife Federation — we’re not a naysaying group, we’re middle of the road, not trying to stop stuff but get things moving. The conflict is not over food versus fuel, that’s a red herring. The conflict is about how land is used. There is land that is good for agriculture, and there is land not being well used. Also, there is degraded land, and we also need land for nature conservation. Humans do not have a good history of using land carefully, but we can do better. The way we see it, food security can be increased, not decreased by biomass and biofuels. It can help diversify crops and markets, give value to cover crops and residues. It can provide non-food, seasonally staggered sources of income, and energy for industrial processes.

But it can and should be done sustainably, she said. For example, instead of using whole trees where we can incur a carbon debt that can last for decades when the tree is cut, why not use small diameter thinnings and residues. Allow long lived trees to continue sequestration. Use good forest management.”

DuPont Pioneer’s Frank Rydl picked up the point that the advanced bioeconomy is changing the way we think about residue management. He quoted a DuPont corn stover grower who said “I think that the Stover program has really changed our way of thinking. Where we used to think of stover as trash, now we think of it as an asset to manage.”

Meanwhile, Pacific Ag’s Sam Taylor said that a few simple rules were essential to making a success of building a sustainable biomass supply shed. Key to that? It’s not completely different to the way airlines are organized, when you think about it. A hub and spoke system where there are major market hubs and minor market spokes, he said.

“For example, Hermistor is our hub supply shed in Oregon. We have multiple end users, multiple residues, a 160 harvest window and its mature in volume. Meanwhile, our Sacramento spoke has a single end user, is based on rice straw, with a 30 day harvest window and the volume is in its infancy. The hub has more tons and supports year-round people and equipment, and yet we can move into other supply areas when the harvest window has passed in our hub, and bring people and equipment and leverage and make more efficient out investment in equipment. At the same time, we can execute a harvest in a cost effective manner in an area that can’t support a full-time operation.”

One supposes that six rights can sometimes make a wrong.

It fantasy to think that process alone will drive demand and lead magically to the feedstock, she said. But it also not easy to tailor a feedstock to a process. They have to meet in the middle. And, it pays to start early with a feedstock because it is more effective and cheaper to design around a feedstock instead of redesigning a process to accommodate feedstocks. Fixing feedstock problems at the back-end is really expensive, she noted.

“And we are fooling ourselves and like the Emperor wearing no clothes,” she said, “if we think that feedstock problems will solve themselves. There is no feedstock in its natural state that will fit every process and every need.”

Over at Cellana, said Cellana COO David Anton, the focus has been around optimizing the feedstock through feedstock selection, in this case algae strains.

“We can get that natural diversity by picking different algae and tailoring our production system. You can adjust protein between 20 and 60 percent, lipids 15-60%.” Carbs have a huge range too. So, that’s what you get from 10+ novel strains. And the good news for algae fans is that Cellana achieved “commercial yields with omega 3s in 2014/15.”

It may be nutraceuticals for Cellana for a while, as they get the costs down for fuels. Fish don’t make omega 3s. They get it from eating algae. So, we’re cutting out the middlefish by using algae to make omega-3s for fish, and advanced fishmeal is an important component for us. Proteins are huge.”

It comes down to growers and cases

“Farmers will work this out,” said Kelly Tiller. “But it’s not a simple five-step process. It sounds simple to deploy feedstock but there’s a lot more to it than that.”

But here’s the thing, what they are inventing has the potential to be completely transformative — not only in invisible products like the fuels we use, products we hardly know anything about or care much except about price. But also, products that touch our lives in very personal ways.

Take, for example, feedstocks that can transform the development of sustainable polyacrylates. Now, that’s a mouthful of syllables that means little to the general public — so let’s refer to them as SAPs, or super-absorbent polymers that are distributed, to use the most popular example, throughout the fluff pulp that provide the absorbency in diapers. Which is why polyacrylate crystals were trademarked as Waterlock.

The same materials can be used to help ecosystems retail soil moisture. Making for more yield with less water for plants and trees. Which might be ultimately be tapped for the cellulose fraction, or the polyacrylates themselves. After all, here’s this assessment of biobased polyacrylate.

Will any of this “diaper reimagining” come to pass — will we have more sustainable solutions for baby care, or will technology take us in another direction. 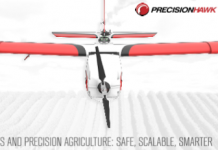 Jump into the future: ABLC NEXT 2016 line-up announced

Service allows parents to mail back dirty diapers for composting

Renewable Chemicals Rebecca Coons - March 9, 2020
0
In Arizona, a compostable diaper company has launched a subscription service to send clean diapers to parents and receive return shipments of the used...

Service allows parents to mail back dirty diapers for composting